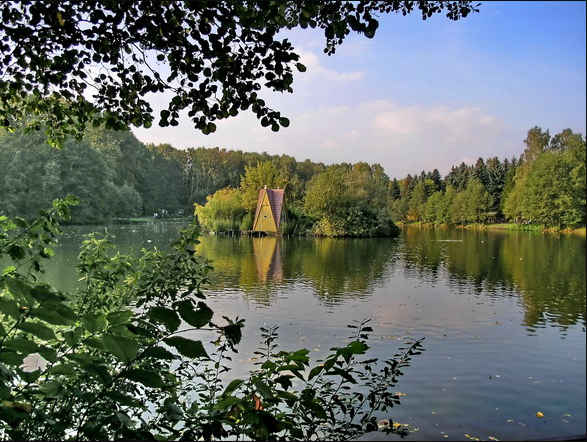 Syracuse, Indiana is a unique, tiny town that encompasses less than two square miles of land area. Although this little gem has fewer than 3,000 people calling it “home”, Syracuse certainly doesn’t lack beauty, activity, or unforgettable features and places.

Think you know all there is to know about Syracuse, Indiana? Here are five little-known facts about the place for you to stack your knowledge up against:

Two classmates from the Syracuse High School class of 1950 were Cynthia (Frevert) Fry and Barbara (Bowser) Zollinger. The two young women joined the Barnum & Bailey Circus once they graduated, and although Cynthia didn’t stay for very long, Barbara remained as a baton twirler for the renowned company for two years.

Sheldon Harkless was a resident of Syracuse at the turn of the century, who in 1905 created a design for a horseless carriage. This carriage would turn into the Mier Automobile after Harkless sold its design to the Mier Carriage Co. in Ligonier. In 1906, the Mier Horseless Carriage went into production, with just ten of them being manufactured in the first year. Only two from this original production line are known to still exist, one of which can be seen on display at the Syracuse-Wawasee Historical Museum.

History notes that early settlers first became active in the Syracuse area in the 1830s – and the activity revolved around fish trap building, of all things. The earliest settler activity recorded is from the year 1832 by Squire Cory and the construction of his fish trap, which would be located in a narrow area between Syracuse and Wawasee Lakes. In addition, the first dam in the area was built at the site of the Huntington Street Bridge that same year, and various treaties were signed with area Indian tribes shortly thereafter.

In mid-1875, a public meeting was held to discuss incorporating the town and establishing a law system. That September, it successfully passed, and three town trustees were elected. The first President of the Syracuse Town Board was Evan Miles in November of 1876. What was the very first ordinance passed by the Board? An ordinance “controlling the drunks in the community.” The second ordinance passed, if you are curious, was one that “controlled taverns by requiring licenses to operate.”

In 1986, township and town officials moved operations to a new Town Hall. Today, you can find there a mural done by Ken Harkless that honors early Syracuse industries. You will see depicted the dam at Turkey Creek, along with some early developments around it. Lumber mills and grist mills are shown, and so are cow bells – that’s right, cow bells. Many cow bells were once manufactured in Syracuse, Indiana, then exported to Europe along with various copperware.

Experience Plenty of Things to Do in Syracuse, Indiana

If your interest in the rich, unique history of Syracuse is piqued, you may want to plan a trip to the beautiful little town to take it all in for yourself. Syracuse today offers a multitude of one-of-a-kind shops, sights, activities, cultural attractions, festivals, and so much more. You’ll need a hotel in Syracuse, Indiana to serve as your home base, so be sure to reserve your stay at Oakwood Resort! Our idyllic location right on Lake Wawasee offers everything from an on-site restaurant and bar to beautiful walking paths, boat tours, a game room, conference rooms, banquet halls, and more. Contact us today and get going on your plans to visit one of the best hotels near Ft. Wayne and South Bend!