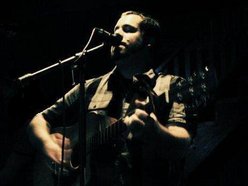 Gabrial James Lundy, performing under the moniker Gabrial James, is a singer/songwriter/guitarist originally from Grand Rapids, MI and currently residing in Spring Lake, MI. He has been playing the guitar since the age of fourteen and singing since the age of eight.  He incorporates his own style into every tune he does, whether it’s a well-known cover song, or one of his beautifully crafted originals. Musically, he incorporates folk, alt-country, soul, and other elements that are hard to define in terms of genre. You might say he is a shape-shifter of sorts, sprinkling in his smooth touch on tunes that will make you sit up and pay attention.